Skip to content
Posted by Melissa Henricks on 14 October 2020

Police had tracked four men through three drug labs to a rental property in St Leonards, Victoria. When police raided the property, they seized 15 kilograms of methamphetamine with an estimated street value of $15 million. Not only does this incur massive clean up costs, but it also means loss of income for the landlords and any future tenants could face potential health risks from chemical residue.

The four men had used fake IDs to rent the properties used for the labs. The property managers responsible for the properties should have done background checks on the tenants prior to the lease agreement. Additionally, routine inspections would have helped to spot any lab equipment, property modifications and suspicious behaviour, smells and run-off into drains.

Laura Scott, a property manager at Melbourne Real Estate, was conducting a routine inspection in Heidelberg West when she was attacked by the tenant’s dog. She had called a day before the inspection to ensure the dog was restrained for her visit.

However, the dog was loose in the backyard when she arrived at the inspection. It ran into the house and bit her several times before she managed to escape, leaving her bleeding from both legs and traumatised by the attack.

As a property manager, it’s crucial that you take the necessary precautions to keep yourself and your team safe. This might mean discussing upcoming inspections to raise concerns based on past experiences or being aware of any unusual noises prior to entering a property.

To help avoid some potentially dangerous situations like the one above, be sure to read our Top 5 Property Manager Safety Tips.

One self-managed landlord ended up with a big shock when his tenants moved out. They had taken his entire kitchen with them…even the kitchen sink was gone!

“Until then, I’d never heard of a tenant liking a kitchen so much they decide to take it with them when they leave. From my experience, theft from investment properties is more common than landlords realise,” said Carolyn Parrella, executive general manager of Terri Scheer Insurance.

Perhaps this could have been prevented if the landlord entrusted their investment property to a property manager instead of self-managing. By thoroughly screening and vetting tenants and conducting regular inspections, any odd behaviour would have been flagged early on before the damage was done.

It was the perfect rental property… until the landlord decided to let himself into the rental property unannounced. Not only did he fail to notify the tenant, but he also failed to notify his property manager.

After the first incident, the tenant reported it to the property management agency. However, the same thing happened four more times before she decided to terminate her lease and move out.

In this scenario, the landlord should have been educated prior to signing the management agreement. He should have known that notice and consent are required prior to entering the property. This should be detailed in a handbook that outlines his obligations and responsibilities as a landlord.

Additionally, after the tenant reported the incident, the property manager should have contacted the landlord to understand why he entered the premises in the first place and to let him know what repercussions there are if he were to do it again.

Well, that’s exactly what happened to the property managers over at DeVille Estate Agency.

They received a ransomware email posing as an invoice due for payment. Two days after opening the seemingly harmless email, the virus had spread throughout the office network and encrypted all of their server-based files and backups. The hackers then demanded a ludicrous amount of money to restore the data.

Luckily, DeVille was in the process of migrating all their data into a cloud property management software system. So aside from some reports and photos, all of their previous financial statements and owner archives were backed up and stored securely in the cloud behind multiple layers of security. This meant that they didn’t have to pay the hackers a cent to restore their data.

One tenant needed a repair in their roof which they reported to their landlord. The landlord sent their son, who was a handyman, around to the property to undergo the repairs.

However, whilst he was at the property completing the repairs, the landlord along with his wife and daughter all came to the property and stayed the whole time that the repairs were done. They even sat in lawn chairs in the backyard for the approximate 9 hours that the job took.

Where there is no direct violation of the tenant’s right in this case, it is unnecessary for more people than just the repair person to be in attendance of the property. It is in circumstances where repairs are visible, the tenant or the tradesperson can be requested to take a photo of the repairs on completion.

The property manager can also attend the job if the landlord is adamant that someone attend whilst repairs are being undertaken. This ensures the tenant is comfortable and can keep their privacy and the landlord will still see the outcome of the work and confirm if they are happy with the job.

About a week after this tenant moved into her house, she started to have problems with backed up plumbing issues. First there were constant sewage leaks from the ensuite bathroom, then the second bathroom blocked up and overflowed sewage up the shower drain and all over the floor, before the water system completely blocked up and water filled the kitchen sink.

The tenant was consequently unable to use any of the toilets in her home and said that every water outlet was blocked and overflowing. The landlord attended and plunged the toilets on a few occasions, however this did not resolve the issue.

The tenant said she was cleaning up sewage for three weeks and had to take time off work. She engaged the local council to send someone to do a health inspection report.

Unfortunately, at the end of it, the tenant moved out as she couldn’t reach an amicable solution with her landlord. She stated that the landlord said it was not their responsibility to fix these repairs.

In this case, it’s really important to understand both the rights of the landlord and the tenant. In some states, drain blockages can be the responsibility of the landlord within a certain time frame from the start of a new lease agreement. However, in others, it can be solely the tenant’s responsibility. Make sure you are aware of what the regulations are in your state, as this will allow you to provide factual information to your clients.

A tenant had been living in his rental property in Newtown in Sydney’s inner west for over a year when a hole formed in the bathroom ceiling of his house. He reported the issue, but says the landlord didn’t do anything to address it. A few weeks later he noticed a patch of mould developing in the second bedroom of the house.

He reported the repairs to the landlord and after four months of back and forth, the only action that had been taken was sending a painter to paint over the mould and a handyman to sweep leaves from the roof. The tenant’s girlfriend was pregnant at the time and was beginning to experience physical effects. The tenant was not comfortable setting up a nursery in the second bedroom as planned, so they provided a notice of termination.

The landlord submitted a claim to the tribunal, seeking financial compensation for the lease being broken. The landlord told the tribunal when the tenant initially reported the repairs, she decided from the photos that it was his responsibility to address the mould. She also claimed that the mould was possibly caused by the tenants’ failure to adequately ventilate. She was unable to provide evidence that she informed the tenants of her opinion.

In this case, it would’ve been beneficial to both parties to arrange an inspection when the first repair was reported. This would have helped determine the severity of the problem and given the owner (or property manager) the opportunity to action it in the best way possible.

When a tenant mentions they suspect mould, it is advisable to take immediate action. Mould issues are taken very seriously with the tribunal in any state and can result in costly repairs and compensation costs when not addressed properly.

Thanks for reading this blog on 8 property management horror stories you can learn from! You might also be interested in:

Let us know your thoughts on 8 property management horror stories you can learn from by emailing [email protected]. 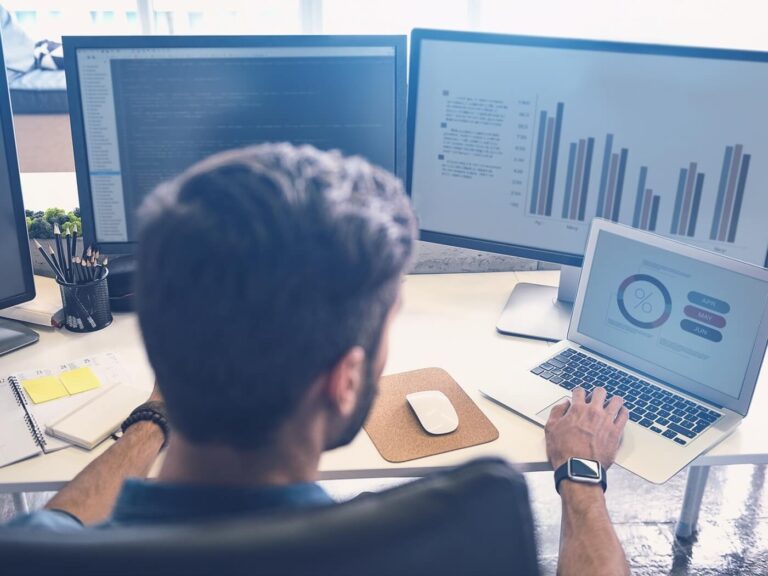 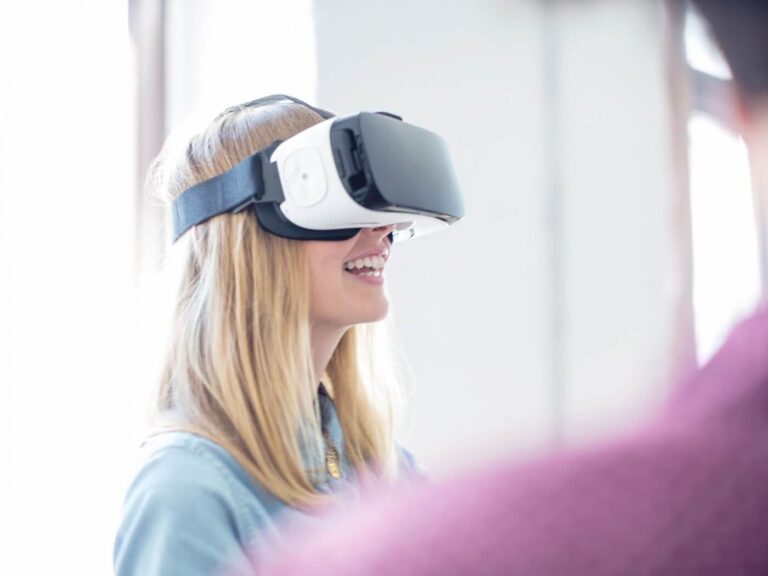 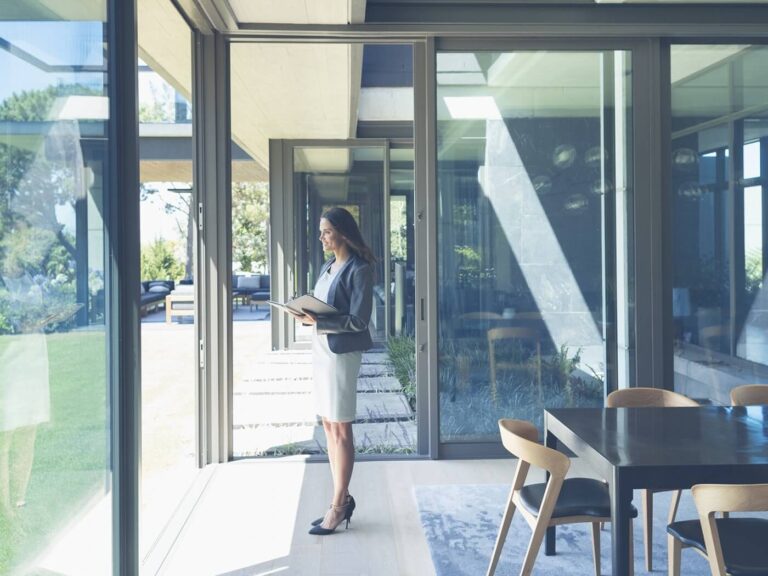